This event is open to entrepreneurs, developers, makers, designers willing to hands-on experiment, learn and  play with state of the art technologies for the IoT.

Take your creativity for building IoT related prototypes and solutions.

Working in teams for a full day, you can craft your ideas getting access and will be able to touch, customize and integrate open hardware, sensors and state of the art infrastructures and technologies for IoT provided by leading IoT companies and solution providers, and by leading EU research projects in the IoT field.

Domain experts will also support participants with hands-on workshops on the provided technologies and infrastructures.

Finally, for the attendees, there will be a chance to “pitch and sell” their projects developed during the “IoT hands-on” session, and the most innovative apps and ideas will to get rewarded with special prizes.

Rules and more details for the competition will follow soon.

If you are interested in participating to the IoT360 Hackathon notify us your interest by clicking on the RSVP button below, in order to receive important updates on the event, on competitions and on registration opening!

I was 6 years old the first time I saw a prostitute.Cops louboutin replica busted a small flock of them at the whorehouse on my street in downtown Salt Lake City. There I sat, on the curb with the rest of the neighborhood kids, watching flashing sirens light the faces of other flashing sirens.”Wow,” I thought. “They’re so sparkly.”The recent Strip shooting that left three dead, and drew national attention to our city, has given that first impression new meaning. Not because of the pimps whose altercation proved fatal, but because of the beautiful women they employed. Let’s hope any little girls who’ve let their heads fall back to look up to those prostitutes don’t let their dignity do the same.Police say Ammar Harris opened fire from his Range Rover and killed Kenneth “Clutch” Cherry Jr. the morning of Feb. 21. Cherry’s Maserati then crashed into a cab and caused it to explode, killing the cabby and his passenger.As details emerged, the public learned that Harris and Cherry worked christian louboutin replica as pimps and made a lucrative living at it. People were appalled, red bottom shoes and justifiably so. But aside from the fact this is Las Vegas, let’s get real about one other quotient: Pimps can’t be pimps without prostitutes.And women can’t be prostitutes without some form red bottom pumps of misguidance. I’m not referring to the age old story of a girl living on the streets, taken in replica louboutin by the nice turned evil man who forces her into the life of a call girl, either.In the cases of many women selling themselves in luxury hotels on the Strip, the misguidance comes down to beauty and money. They’ve got the beauty and desperately want the money.To be clear, this comes from a place of observation, not speculation. Six years old was the first time I saw a prostitute, but I’ve met, clinked cocktail glasses with and crashed on the couches of a few in the 30 years that followed.All of them traveled from Salt Lake City to Vegas on weekends to earn the kind of money all the minimum wage jobs in the Beehive State couldn’t provide them. None lived in poverty, but all of them had a palpable craving for cold cash.What kind of girl socializes with prostitutes, you ask, sucking your teeth? The kind of girl who grows up in a blue collar neighborhood with troubled have nots. That brand of have nots is dangerous, you know. What’s a little more trouble, after all, if it means finally having something? The “working girls” I knew were just as fun, loyal and sincere as you would want a girlfriend to be. But two factors separated them from the honest working girls I knew: poor parenting and a deep desire for things.When the Las Vegas Review Journal scoured Harris’ Twitter feed last week, one of the pictures it dug up featured red bottom heels a baseball hat, a handgun and a pair of crystal studded Christian Louboutin platform high heels.Anyone familiar with fashion knows those shoes cost upward of $1,000. The woman who walked Strip casinos in them, looking for her next John, probably didn’t feel like a have not. At least not in a material sense.That’s the problem, though. Our society has the utmost respect for material things. That gives women with no other means of validation an appetite for objects, though their real hunger is for respect.If getting the objects means objectifying themselves, so be it.The ultimate purveyor of this mantra is the same woman who can be seen on the cover of magazines, influencing the fashion, hairstyles and minds of young girls and women alike. She’s the same woman who spent in excess of $10 million for a wedding that resulted in a 72 day marriage. The same woman to whom, not coincidentally, more than replica christian louboutin one prostitute employed by Harris bore a striking resemblance.Kim Kardashian is filthy rich, emphasis on filthy, because she made a sex tape. Don’t think that fact has been lost on any impressionable, materialistic girls out there. She’s no better than the women who fall into, or seek out prostitution, on the Strip. But don’t tell them that.In their heads, the message is clear. Beauty and sex brings fortune. And fortune, in any form, is good.Just ask Yenesis Alfonzo, Harris’ passenger the night of the shooting and, at one red bottoms point, a person of interest in the police investigation (she has since been cleared). Her Instagram handle is “payyeni,” but her profile description speaks even more volumes: “all. money’s. good.”According to police, her arrest record includes soliciting prostitution.When I watched those hookers get handcuffed and shown into the back seats of cop cars 30 years ago, one in particular stood out. She wore a shiny miniskirt, had long, lean black legs planted in pumps and a face with more makeup than the Avon lady.She reminded me of my sister’s Barbie doll, Crystal. And, through my fragile, first grade eyes, she was beautiful.Thank God the years opened those eyes wide enough to see how much more beautiful she could have been.Wanted: Reader InputThe Review Journal is seeking Las Vegas area residents to serve on a monthlyreaderadvisory board. We’re looking for waysto improve the quality of our website and newspaper andfeedback on stories you like, ones you don’t, your thoughts on coverage, ideas, etc.Articles Connexes： 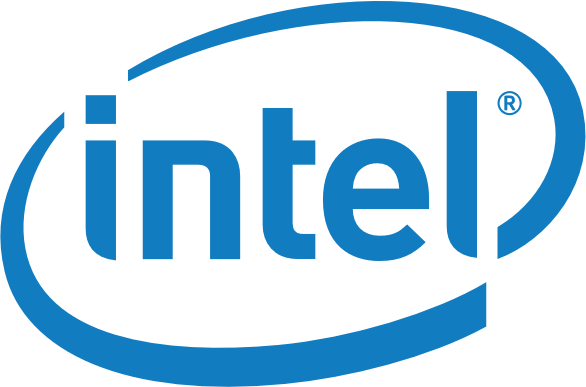